House of Harlow is known for its "New Age Glam" jewelry. If you are not sure what "New Age Glam" is, there are some sure-fire ways to tell it apart from all the other costume jewelry you may have seen for sale elsewhere. As you shop online or in stores for jewelry, look for all of the following. These signs will tell you that you are looking at New Age Glam pieces.

If you are not "up" on your ancient pagan deities, you may not be able to recognize this trait. Most New Age Glam pieces contain the name of an ancient pagan deity, often one that purportedly controlled life, death, sun, moon or one of the elements. The "horns of Catoblephas" and earrings named after Iah are some such examples. If you spot any sort of name that sounds Egyptian, Greek, Roman, Norse, or Celtic, chances are pretty good that you have a piece of New Age Glam jewelry.

Despite the fact that New Age Glam jewelry wants to reflect its pagan deity inspirations, it also takes pages from modern design and features modern production techniques. Instead of just one ancient symbol dangling from your earlobes, there may be a tier of the same symbol dripping downwards. Instead of a fully fleshed-out three-dimensional crescent moon for Ishtar, it may be hammered flat around the edges and raised in the middle. Pave and crushed diamonds may also be incorporated into the pieces to give them a more glamorous look.

Lastly, New Age Glam is glamorous jewelry that is promoted as having some mystical effect on your life when you wear it regularly. It is up to the wearer to decide if this is true, or if he/she really believes in such magical properties in the jewelry. Pagans do believe in tokens of power and mysticism, so there may be some truth to it. Others may shy away from such jewelry because of the New Age symbolism and because they believe that wearing such tokens of lesser deities will anger the Christian God. It is really up to you to decide if there is anything to the claims prior to purchasing the jewelry, or if the pieces you purchase are just nice jewelry to look at and nothing more. 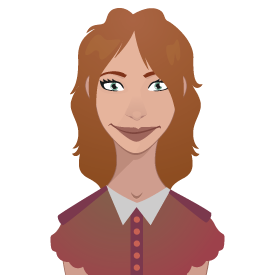 Fall is an unbelievably beautiful time of the year. Whenever the weather turns cooler outdoors, I love to attend bonfires, buy pumpkins, and update my jewelry collection. Because I wear a lot of black, brown, and gray-colored clothing during the fall months, I like to accessorize it with colorful gemstone jewelry. Some of my favorite gemstones to wear when the weather cools off are ruby, blue sapphire, turquoise, blue topaz, amethyst, and diamonds. I also like to wear pieces of jewelry set in luxurious yellow gold. On this blog, I hope you will discover tips to help you update your jewelry collection for fall. Enjoy!

Ready To Look At Engagement Rings But Clueless Where To Start? What To Know Today
18 November 2022
If you think that getting married is in your near future but first you need to find a ring, there are some things that you want to consider before you …

3 Jewelry Repair Services That Are Often Included In Your Warranty Coverage
12 September 2022
Most jewelers will either include or recommend that you purchase warranty coverage when purchasing a piece of fine jewelry. This is because, over the …

Top Reasons to Buy a Gold Malachite Ring for Your Jewelry Collection
19 May 2022
If you love jewelry and want to add a few fresh pieces, or if you are looking to build a jewelry collection for the first time, then you might be wond …